American Conquest is a historical real time strategy game developed by GSC Game World. It is based on the European colonization of the Americas in the period between 1492 and 1813.[1] The game was released on February 7, 2003. All gameplay takes place on individual skirmish maps and is displayed isometrically.

All units have three basic stats (Health, Attack and Defense).

Represented as a bar and number, this stat shows how much damage a unit can receive (In Hit Points) before it gets destroyed or it dies.

Represented next to the health and above the defense of a unit, this stat shows how much damage (In Hit Points) the unit deals when it attacks.

Melee units only have one type of attack, while ranged units have two (one ranged attack and one melee attack).

The icon next to the number, represents what type of damage the unit is dealing. There are various diferent types of attacks.

Only melee attacks are predictable (they never fail and never go below 1 Hit Point of damage), the damage ranged as well as artillery attacks deal, depends on the precision of the unit (which depends on what unit it is, the technology used, and the distance the projectile travels).

Artillery damage is completely unpredictable, the number next to the icon doesn't represent the damage (it represents something else ?), artillery also has an area damage, it damages all units on a radius around the impact (depending what type of cannon is being used and what type of ammo, fort cannons, land cannons and naval cannons behave diferently, and they can use different ammo).

The defense is represented with a shield under the attack of a unit.

The defense of a unit represents how much damage that unit resists from a specific type of an attack (In Hit Points).

Only the melee defenses are predictable, because ranged and artillery attacks depend on the precision of the unit attacking.

No matter how big a defense from a unit is, or how weak an attack, if a unit is hit, the minimum damage it can take is 1 Hit Point.

Artwork[3]
Add a photo to this gallery 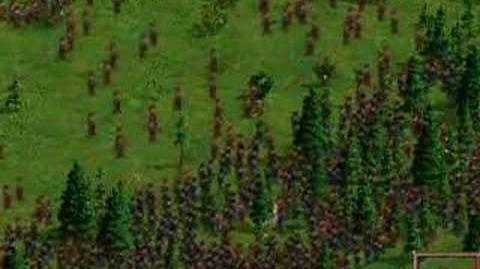 American conquest
Add a photo to this gallery

Retrieved from "https://americanconquest.fandom.com/wiki/American_Conquest?oldid=5606"
Community content is available under CC-BY-SA unless otherwise noted.